Kanchenjunga lies in an eastern corner of Nepal and is approximately 260 kilometers from the Capital of Nepal, Kathmandu. Despite being so far from the capital city, it is one of the most emerging tourist destinations.

Mt. Kanchenjunga (8586 meters) is the third highest peak in the world. Rightly so, the Kanchenjunga trekking route offers some of the most formidable views and the most exciting and remotest trek in all of Nepal.

Over three weeks, you will pass through the farming villages, agro-based communities, and the never seen wilderness of Northeastern Nepal. Kanchenjunga trek provides the wilderness and thrill of walking through the coniferous jungle and the frozen glaciers of  Mt. Kanchenjunga. You will make face to face with the cold top to bottom as soon as you acclimatize from 3500 meters from sea level. 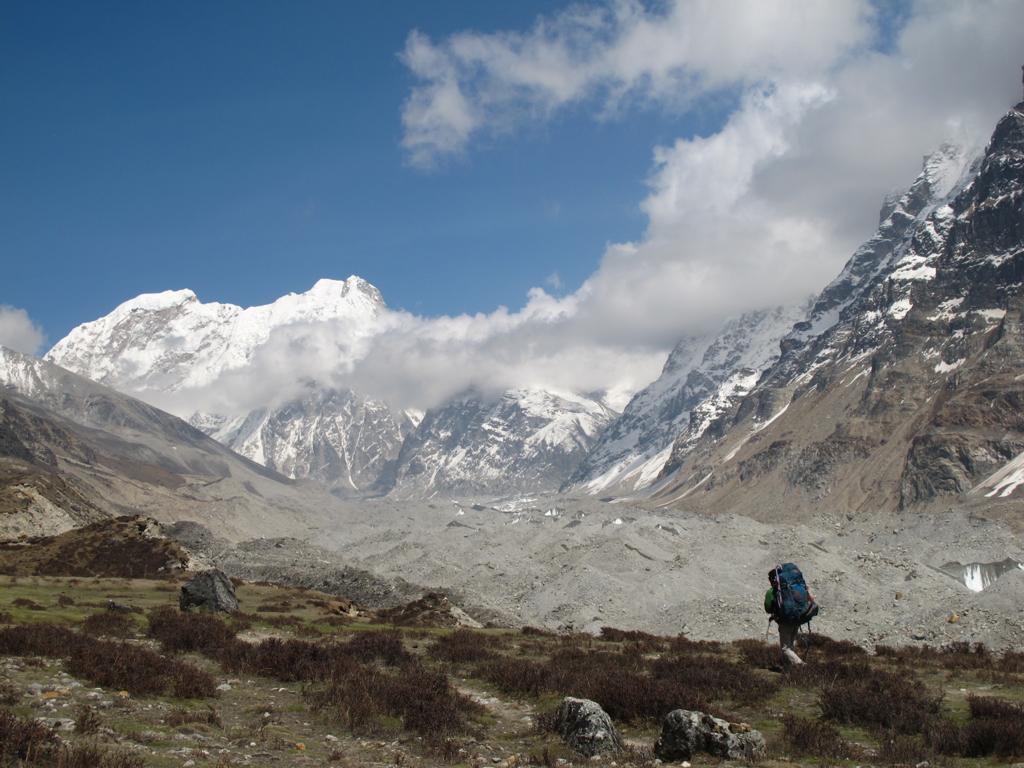 The Kanchenjunga Trek offers glorious views of the Himalayan vistas and the serene pathway to reach the destination, though very few people have visited this region so far. There have not been many people trekking through the Kanchenjunga Treks so, you will see fewer teahouses and lodges as compared to the other trekking regions like Langtang Trek and Manaslu Trek. The Kanchenjunga region is the starting or ending point of the Great Himalayan Trails of the Nepalese parts, which continues for several months. The Kanchenjunga trekking region is getting promoted, and different development projects have taken part after the track adds to the map of the Great Himalayan Trekking Trails. You can meet several numbers of tourists and increment of services for tourists in the upcoming years.

Kanchenjunga trek is an ideal trek for 2022/2023 because it holds the magical and unforeseen beauty of the Himalayas along with the soothing landscape of Eastern Nepal near the border. This trek not only recreates you from your busy life but works as your confidence booster and creative as well.

The trek to the Kanchenjunga region is an exciting tour to enjoy and have recreation to the fullest.

Mt. Kanchenjunga is the third highest peak in the world and the second highest in Nepal. Kanchenjunga Trek is the same as Everest Trek and Annapurna Trek from an environmental and trekking point of view. These are the most designated places for trekking in Nepal but Kanchenjunga often goes unnoticed among the tourists. Despite having high probabilities, Kanchenjunga trails are massively underrated and need to get more limelight with the change of dimension of tourism in the northeastern region of Nepal. To explore the mystic northeast of Nepal and to experience probably the most exciting and adventurous trail route, Kanchenjunga Circuit Trek is an important trekking trail in Nepal and needs to be more explored. 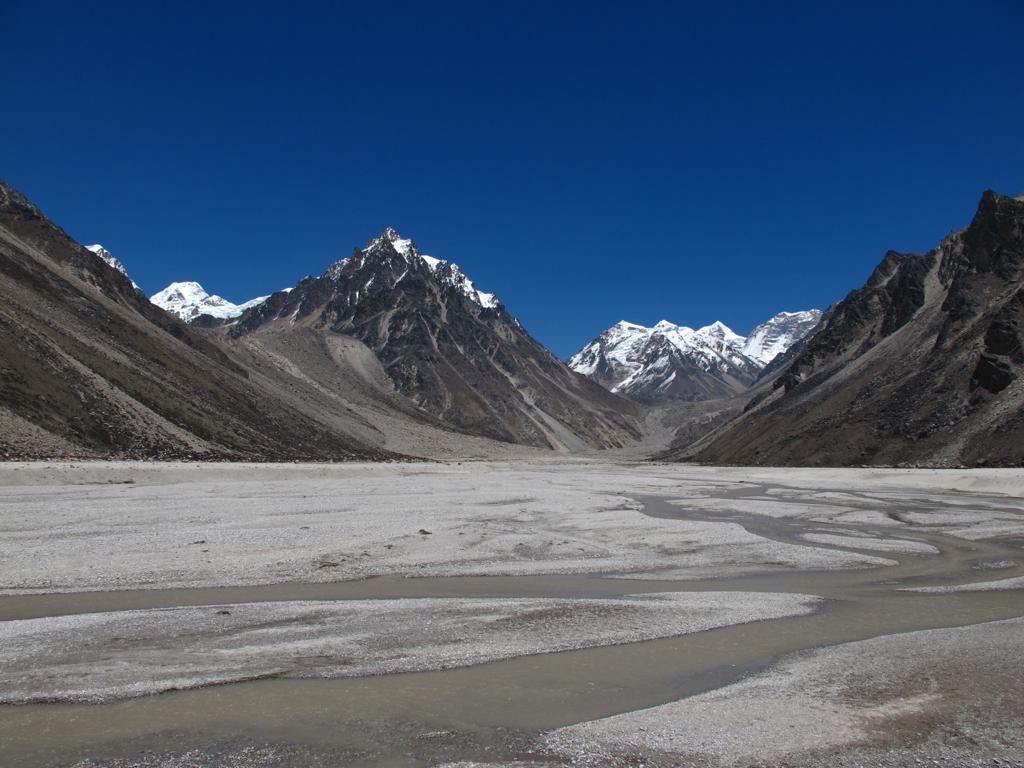 Some majors reasons for choosing Kanchenjunga Trek are:

Trek for the Adventure Seeker

Kanchenjunga is included in the adventurous Trek. As a result, it is ideal for thrill seekers. Trekking becomes more difficult due to the rougher trails, dispersed settlements, and monsoon rainfalls. This trek necessarily requires physical fitness and dedication, all of which Adventure enthusiasts possess.

Kanchenjunga Trek is a less explored trekking route that is one of Nepal's most exciting and adventurous treks. It is a pristine trail. There will be no crowds because the trails are less traveled by people. You won't need to get muddled up in the crowd to enjoy the perfect view.

Views Along the way

Kanchenjunga is indeed one of the world's greatest glorious peaks. Its elegance includes Himalayan panoramic views such as Makalu and the popular Nepalese rivers Arun and Tamor along the way. The waterfalls, hills, flora, and fauna along the way are also breathtaking.

The trail to Kanchenjunga passes through farm fields, picturesque villages, hillsides, and other landscapes with views of breathtaking mountain ranges. Likewise, people with distinct lifestyles and traditions can be found in this area. Sherpa, Limbu, Rai, and Tamang are some of the ethnic groups who will welcome us with open arms.

Kanchenjunga trekking trails offer many splendid views of different mountains in which the most important being Kanchenjunga(8586 meters), along with Kanchenjunga other numerous mountains are more than 7000 meters in height. In clear weather, we can see the most scintillating and panoramic view of those mountains from different viewpoints and even from the trails. Amongst these massive number of peaks, there are more than five glacial systems. Of them, four flow to the Sikkim region of India, and one mixes with the Tamor River.

In short words, Kanchenjunga is a package of thrilling and exciting trails and most probably the most underrated trekking route in Nepal.

Kanchenjunga trek is one of the least known, yet emerging trekking trails of Nepal. There is a chance of having a very less number of people on the trail, which makes your trekking experience peaceful and soothing. You will experience the sight and the beauty of Kanchenjunga peacefully.  It was more known as the camping trek due to the lack of resources but now there are enough accommodations and other infrastructures of development done to influence and better service of tourists. It is a popular trekking region from the Sikkim, east of the border. It should be equally promoted from the Nepal side to influence more tourists to explore the unseen, mystic, and most adorable view ships of the Kanchenjunga and other peaks along with their glaciers. 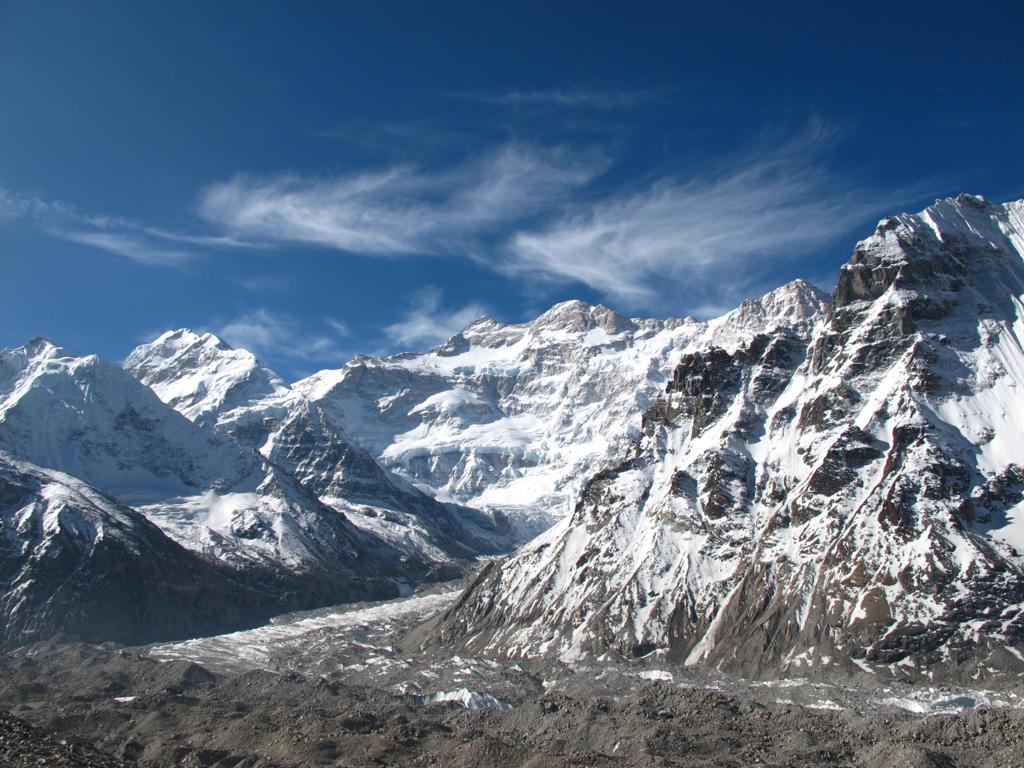 There are tea houses, lodges, and hotels(in lower areas) on the trail. Since this trail has a very lower density of tourists, there might not be as many accommodation modes as other trekking trails but with the recent addition to the map of the Great Himalayan Trekking Trail, there has been a good promotion among tourists and you will see the more of the accommodation modes in near future along with the more trekkers as well.

The major positive while choosing the Kanchenjunga Trek as your next destination is, that there won't be any flight cancellations like the Lukla Flight because we will be having the flight from Kathmandu to Bhadrapur and there are many scheduled flights for Bhadrapur in a single day so you will always catch flight unless of an unforeseen incident.

Kanchenjunga Trekking trails take you to the high altitudes, so you have to be prepared for tackling the extreme cold of the Himalayas. You need to pack the woolen and warm clothes top to bottom for the entire trek.

The most essential headwears during the trek to Kanchenjunga are as follows:

Bodywear is the most important packing for the trek. You need to take multiple choices of bodywear because you will be spending more than three weeks during the trek where laundry service won't be available for more than two weeks.  The most essential types of bodywear are as follows: 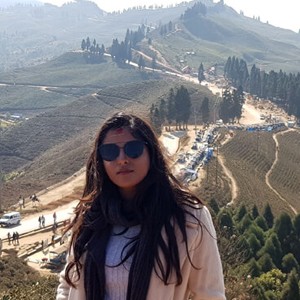 Benjila Dhital is a content creator for one of the most reputable trekking companies, Nepal Nirvana Trails, with a great passion for writing and learning about new spots, people, cultures, and languages. With a Bachelor's Degree from the reputed college NATHM in Bachelors of Tourism and Travel Management lately, I have been engaging in authoring web content and familiarizing new locations with the tourist out there. 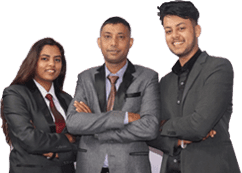